Due to the large number of green areas (parks), Banja Luka called the “City of greenery.” It is also called the city of youth, sports and beautiful women, and is also known by the Banja Luka kebab, “nectar” beer cheese “Trappist” and specific Dayak boat.

In Banja Luka, you can experience the spirit of the different cultures that are intertwined in this area and visit many cultural and historical monuments, as witness of different epochs and human creativity. Particularly interesting is the Kastel fortress, which is located in the city center, on the left bank of the river Vrbas. With hospitable and friendly locals, you can try the delicious meal of traditional foods and meet the specific culture and customs of the rural part of the city. The cultural offer is complemented by the National Children’s Theatre of the Republic of Srpska, Museum of the Republic of Srpska, Cultural Centre “Ban’s Palace”, Contemporary Art Museum of the Republic of Srpska, galleries and numerous cultural events throughout the year. 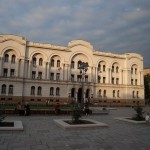 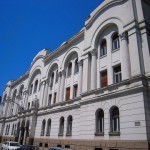 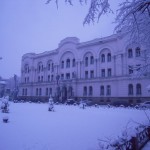 Banja Luka has a rich nightlife and is known for its many nightclubs, as well as a number of festivals throughout the year. It has well developed cultural scene, and exhibitions, such as the one at the Museum of Contemporary Art, are mostly free for all visitors.
It is located in a valley at 164 m above sea level, where the Dinaric Mountains in the south and the Pannonian Basin in the north meet. Banja Luka is in Central time zone (GMT +1) and has a moderate continental climate with the prevailing influence of the Pannonian region. The average annual temperature is 10,7oC, average January 0,8oC, while the average temperature in July 21.3 oC

“Beauty from Vrbas” is, as the whole area of the Balkans, is the meeting point of western and eastern civilization, so that the Banja Luka city in which there are different religious communities and their temples. Particularly interesting are the Serbian Orthodox Church of Christ the Saviour in the city center, as well as the monastery Mary Star of Trapist.

MODERN LIFE – always with Vrbas, on Both sides of the river have been developed since the Paleolithic period, different tribes, who were sympathetic to the valley lingered, lived and developed. It is known that in pre-Roman and Roman period the area inhabited by the Illyrian tribe Mezei, who together with the areas included in the Roman province of Illyria.

After the fall of the Roman Empire, Slavic tribes settled in this area during the VI and VII century BC. In the medieval period along the bank of the river Vrbas there were increasing number of fortifications. Reliable data on the former colony and life of people within and outside walls are, unfortunately, still hidden in the corridors of history, calling ethnographers and historians to uncover them. 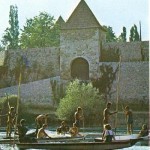 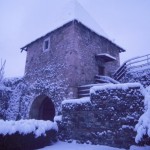 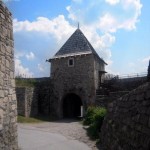 MIDDLE AGE – The first settlement of oriental type, after the arrival of the Ottomans in 1582, develops around the Emperor Mahalla in Gornji Seher. Banja Luka became the headquarters of Bosnian pashalik, leading to the rapid development of the city. Ferhat Pasha built mills and bridges over the river Vrbas.
Banja Luka in the late nineteenth century established the first Serbian school, the first telegraph was given in 1866, a railway line Banja Luka Dobrljin was officially opened for traffic in 1873, two years before the Bosnian-Herzegovinian rebellion, why it had to be closed.

MODERN TIMES – ​​Decision of the Congress of Berlin, in Banja Luka in 1878, entered the Austro-Hungarian troops, which the locals greeted peacefully and without resistance. In that period, Banja Luka became the trade and industrial center. 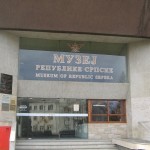 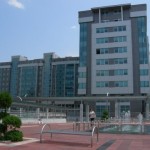 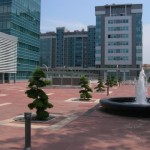 Although the Austro-Hungarian authorities were less despotic than the Ottomans and “proclaimed” the principles of liberty and equality, the people have over the years developed resistance to the Ocupators and working consciousness. They started strikes, riots and louder calls for liberation from the Nazis.